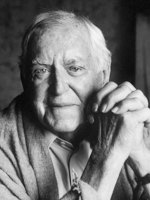 Curt Meyer-Clason, German writer and translator, played a significant role in Portugal, particularly as Director of the Goethe-Institut in Lisbon between 1969 and 1976. During that time, he strove to disseminate German culture, while also allowing the Institute’s facilities to be used for cultural activities by Portuguese authors and artists – ranging from plays to conferences and debates – which created a space for the discussion of ideas, many of which opposed to the dictatorial regime. Meyer-Clason, who lived through most of the twentieth century, also lived in Brazil, Argentina, France and his native Germany, where he passed away at 101 years of age.

Such was his road to becoming Director of the Goethe-Institut in Portugal, although his first contact with “Lusitania” was on a 1936 transatlantic voyage en route to the American continent. In Brazil (“esse idioma de vogais claras” [“that clear voweled language”]; idem, 16), where he lived for several years, he came across literature and some of the most important Brazilian authors, which he would later translate, like Guimarães Rosa, Jorge Amado, Clarice Lispector, Mário de Andrade, João Cabral de Melo Neto, Gilberto Freyre, Carlos Drummond de Andrade, João Ubaldo Ribeiro, Fernando Sabino, and Ferreira Gullar, along with other Latin American authors such as the unsurmountable Jorge Luís Borges, Gabriel García Marquez and Pablo Neruda, and even the Portuguese authors Camilo Castelo Branco and Eça de Queirós, among others.

Meyer-Clason, during his aforementioned stay in Portugal during the 1970s, was in contact with many Portuguese intellectuals and writers, such as Ruben A., who he had met in Rio de Janeiro at a writers meeting in 1965, José Cardoso Pires, Urbano Tavares Rodrigues, Fernando Namora, Luís de Sttau Monteiro, Carlos de Oliveira, Almeida Faria, among others. Some of these meetings, receptions and dinners are reported in the Diários, written, as João Barrento notes, in a “tom benevolente, apesar de cirurgicamente exacto, pertinente e crítico” [“benevolent, although surgically accurate, relevant and critical, tone”] (apud Meyer-Clason: 400) towards the Portuguese. In the opinion of Vítor Silva Tavares, in the interview previously referred to, Meyer-Clason “imprimiu ao Instituto Alemão uma dinâmica cultural também sociológica, também política [e] acabou por ser muito maltratado não pela inteligentsia local, mas pelo governo alemão, em conivência com certas autoridades portuguesas” [“brought to the German Institute a cultural dynamic that was also sociological and political [and] ended up being mistreated not by the local intelligentsia, but by the German government, colluding with certain Portuguese authorities.”] (Tavares 2007).

Deep down, I know little of Portugal, I know little of its history. I know some writers, I’ve translated some books, I visited the country once. But I speak and write its language, or, more precisely, the language of the largest territory discovered by Portugal, Brazil, that clear voweled language, vibrant, songlike, enriched by Black Africa and Japan, which lightened the austere rhetorical syntax of European Portuguese, which is more closed, more dense. It likes to dispense with articles and pronouns, it is a language made for dialogue, which speaks to the other, likes allusions, wordplay, indirect expressions, and which is open, instead of, like the monologue-prone Portuguese, weakening, or even omitting, unstressed vowels, closing the nasals, as if retracting in fear, as if it were afraid the other would steal something from it. (1969) (2013: 16) (translated)

It’s true, nobody says a word about Portugal, about its buried present, about its mortgaged future. But who is this Nobody? Naturally, nobody, all and each of those who do not think of the people in this country, who have nothing to do with it, but merely act as if. As if. The managers of the culture of the Western nations look from their box seats, sluggish, bored, at the stage of Portuguese events, most of the time smiling without noticing, or yawning without noticing. They speak to the Portuguese, mostly in average French if they’re not French, and thus do not recognise their singularities, their specific value, because they do not further their knowledge of the language. They watch on as one would a horse race, without participating. They and all other foreigners who take advantage of the situation obviously keep their thoughts to themselves. And the locals cast their eyes down when a thoughtless word touches on Portuguese current affairs, or instead fix their gaze on the speaker and give him the freedom to choose between being ignored, exposed, or crucified. They, all of them, seem to agree on something: silence, and particularly the kind of silence that hides something, which is golden, besides not being overly anxious and being a lesser evil and the lesser sacrifice. Why create problems for oneself, as well as for others? Life is so short and can be so pleasant – especially in Portugal. Of course, everybody “loves” this country, they say, by which they mean they love its endless, empty beaches; its tasty, cheap neighbours, especially the green one; its cheap embroideries, hand-made; the submissive maids (welfare is practically non-existent); the great variety of fish… Isn’t this fantastic, old chap? And the vegetables, those huge peppers, on pewter trays in the windows, look like Braque paintings, and in the distance this bright light of Portugal, the purest transparencies, indescribable… Ah, if I could paint all of this, this sky reverberating with aromas, it’s to die for, a charming abyss into which you wish to sink, alone, completely alone, and slowly disappear… (1971) (2013: 136-137) (translated)