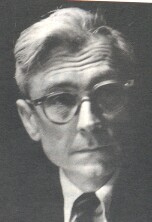 José Rodrigues Miguéis was born in Lisbon but lived as an expatriate in the USA for around four decades, an exile interrupted only by a visit to Brazil between 1949 and 1950 and by sporadic returns to Portugal (some lengthy, such as in 1946-47 and 1957-59). Graduated in law in 1924 and pedagogical sciences in 1933 (Brussels), José Rodrigues Miguéis was a lawyer, delegate of the public prosecutor’s office and secondary school teacher before emigrating. In the 1920s, he collaborated actively with the periodical press, with his militancy in A República and Seara Nova being particularly relevant, as is his heading of the weekly O Globo (1933) alongside Bento de Jesus Caraça. His journalistic vocation, less active in the USA, recrudesced after the Carnation Revolution, through his intense collaboration with the Diário Popular (1975-1980). His political commitment to civic and humanitarian causes showed itself while he was still a university student and continued in the USA, taking the form of articles and public intervention on behalf of Portuguese and Spanish immigrants and against Francoism. In New York he founded the Portuguese Worker’s Club and, in 1961, he was elected correspondent of the Hispanic Society of America and of the Comunità Europea di Scrittori.

José Rodrigues Miguéis’ “exile” case is an eloquent expression of the stratagems of the Estado Novo for repressing Portuguese intellectual life. With his name censored in newspapers, banned from writing for the press, and disappointed with law practice, Miguéis sentenced himself, as is known, to a self-exile in the USA. It was there that, free from the restraints of censorship, he produced an extremely vast oeuvre, ranging from novels to short stories, crónicas, essays and plays, as well as important essay works and a poetics of the novel  expressed in several paratexts. Despite his influencing by the aesthetic ideas of Presença and of Neo-Realism, he built a body of work unaffiliated with any school, harmoniously combining the readings of his masters  (Camilo, Eça, Raúl Brandão, Dostoeivski) with the lived experience of emigration and uprooting. Portugal (landscape, society, history) is unquestionably the core character of his fictional work, but perhaps no other Portuguese author of the twentieth century has dealt with the themes of exile, expatriation, emigration, travel and memory as recurrently as Miguéis. Even a “semi-detective” novel with a ludic slant, like Uma Aventura Inquietante, is, according to Eduardo Lourenço, a “exemplo típico de literatura de exílio” [“typical exemple of exile literature”] (1994: 215). The genesis of this book dates back to a feuilleton from 1934, a time when Miguéis, living in Belgium, came across Russian expatriates and travelled through European countries – experiences narrated in Seara Nova’s Tablóides series of texts, and the source of inspiration for many of the stories in Gente da Terceira Classe. Confined, most of the time, to his house in New York, Miguéis, as Onésimo T. de Almeida states, never abandoned Lisbon, “a terra natal onde (…) afinal sempre viveu em espírito” [“the homeland where […], after all, he always lived in spirit”] (2001:13). Eduardo Lourenço corroborated this idea: “Ausente, o exilado está essencialmente na terra que deixou” [“Absent, the exiled is essentially in the land he left”] (loc. cit.: 210). This divide between absence and presence in two never fully inhabited places is featured in many of Miguéis’ narratives, which thematise the experience of a split subject, situated in a sort of in-between place. Several of his main characters live the dilemma shared by many emigrants: the desire to return to the homeland and the knowledge of the impossibility of such.  Therefore, besides the macro-theme of “exile” (also dealt with in O Milagre Segundo Salomé (1975)), the “return” is another great theme of Miguéis’ work – magnificently approached in “Regresso à Cúpula da Pena”, or, in an existential register of autobiographical nature, in Um Homem sorri à Morte com Meia Cara.

If “America” is an almost empty place in Miguéis’ fiction, it is certainly the contact with American society and the physical distance from the homeland which (as with Eça de Queirós) refined his clinical look, subtle irony, and caustic diagnosis of Portuguese society in its many spheres. It is also this distance which partly explains the prolixity of prefaces and epilogues in his novels – privileged places for explanation and dialogue with his distant Portuguese readers.

Rodrigues Miguéis’ stay in the USA made him an important cultural agent in promoting American culture and literature both in Portugal and Brazil. Besides his almost decade-long work as assistant editor of the Reader’s Digest’s Selecções, Miguéis translated great names of North-American literature, such as Carson McCullers, Erskine Caldwell, and F. Scott Fitzgerald. His institutional recognition – from his decoration with the Ordem Militar de Santiago de Espada’s medal (1979) to the colloquia held in Portugal, mostly thanks to Onésimo T. de Almeida’s commitment – has still not resulted in the deserved public appreciation and rediscovery of an author who greatly contributed to the widening of the cultural horizons of the Portuguese during the Estado Novo and to the revitalization of the Portuguese language.

In 1983, as a result of Onésimo T. de Almeida, George Monteiro and Camilla Miguéis’ joint effort to collect the author’s scattered documents, the José Rodrigues Miguéis Archives were created as part of the Special Collections at the John Hay Library (Brown University).

We know rationally we never return to the home, we never repeat a gesture, action, situation, emotion or thought, like (…) we never bathe twice in the same river. We are irreversibly dragged along, in an undefinable curve, through the unknown of which we are a tiny part. Not returning to the past, or not perpetuating it in the present, is to lose what we are-were, even as memory, which is what remains of it. (“Nota” to Nikalai, Nikalai: 254) (translated)

Surprised, I saw at the top of the menu something quite unexpected: Portuguese turnip and white bean soup. Turnips! In Boitsfort! I jumped in delight, making the chubby, blond, Flemish maid smile visibly, who had confidently come to stand by my side. Like every other Portuguese person, I was always excited to find, wherever it might be, a reflection of our civilising influence abroad. There is no Portuguese worthy of the name who, passing through Paris, does not open his mouth in surprise at a corner of the Rue de Lisbonne or of the Boulevard Pereyre; who does not feel enticed by a hint of pride when he sees, in Bucharest or New York, the door sign of a merchant by the name of Portugal or Portugalov, or when he finds in restaurants, every step of the way, the classic “Portuguese oysters” or the tomato soup called portugaise, perhaps an homage to our undeniable pride. A city named Lisbon, in Ohio or Maine (there are others), or even Angola (Indiana or New York), fills our chest with pride. A simple meal with madère in a Dumas novel, or with port in a Russian novella; the mention of a cosmopolitan character named Faria or Paiva, are enough to make up for our endless patriotic bitterness. Forgivable vanities in those who, like Pedro Sem [=without], once had and now do not. (…) When the little one served me the soup, steaming in a deep and extremely Portuguese glazed clay bowl from Estremoz, my astonishment grew: it was the legitimate, the indisputable familiar white bean soup! I consumed it with all the fervour of my gastronostalgia, and completely forgot the critical essay I was preparing to apply to our cooking. (Uma Aventura Inquietante, 9th edn: 12-14) (translated)

That was the America of his boyhood dreams; the America of his limitless dreams, of torrential rivers, flowering prairies, hordes of buffalo, endless trails, free Indians – the virgin, primitive America he sensed he could never find, which may have never existed outside books, outside the dream… It doesn’t matter, that was the one he searched for, his America, his own El Dorado, secret and immense. (…) He knew the roads that only accommodate automobiles, the railways extending into infinity, eternally converging only to diverge again, the cancerous cities, the Cyclopean factories, the silos and storehouses, the grit of the slums, the turmoil, the distant self-absorbed couples in their monotony and distrust, the ruined, dusty farmhouses, the discouraged Black people, and the white people who, like them, were reduced to misery and superstition. (Why were they brought across the sea, if they couldn’t keep the Dream?) (“A Esquina-do-Vento”, in Gente da Terceira Classe, 6th edn: 112) (translated)

KERR, John Austin, Jr. (1970), Aspects of Time, Place and Thematic Content in the Prose Fiction of José Rodrigues Miguéis as Indications of the Artist’s Weltansicht, Madinson, The University of Wisconsin. [Doctoral disertation].