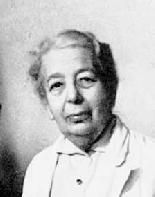 German painter of Jewish origin Gretchen Wohlwill, a founding member of the Hamburg Secession, was part of the wave of refugees arriving in Portugal during World War II, where she stayed until 1952.

Born to a liberal family of assimilated Jews – her father was the famous electrochemical engineer Emil Wohlwill – she had her own successful career, based on solid training: she studied under Ernst Eitner and Arthur Ilies at Hamburg’s Valeska Röver female art school, and at the Academie de la Grande Chaumière (1904/1905) in Paris and the Atelier Matisse (1909/1910), where she was a disciple of the painter. She taught at the prestigious female Emilie-Wüstenfeld lyceum and, in 1919, founded, alongside other painters (for instance, Anita Rée and Alma del Banco), the Hamburg Secession; she was part of the Hamburgische Künstlerschaft club and of the Deutscher Künstlerbund – she was expelled from the school and these organizations due to the anti-Semitic policies of National Socialism.

Her painting, initially within Impressionism and later heavily influenced by Matisse and Cézanne, incorporated, in the 1920s, elements of Cubism and Expressionism, later moving towards the New Objectivity, sharing with other painters of the Hamburg Secession a flat painting style and linear elements. Her work comprises not only oil paintings and engravings, but also watercolours and drawings. She painted portraits, many female figures, groups of figures, and also still lifes, flowers and travels (Bruhns 2006: 64-65).

A frequent traveller, she visited, sometimes with other painters, England, France, Italy, the Netherlands, Belgium, Denmark, and Portugal. It was, however, reluctantly that she decided to emigrate to Lisbon, where her brother, Friedrich Wohlwill (1881-1958), a renowned anatomic pathologist, was successfully integrated. Seeking her own independence, Gretchen Wohlwill survived through selling modest crafts at first, then later as a private German tutor.

At the end of the war, Wohlwill became famous as a painter in Portugal: she participated in five group exhibitions and also showed her work individually, in Lisbon and Porto; she received the SNI’s Francisco de Holanda prize twice (1948 and 1952), broadened her circle of connections both in Lisbon and the north of the country, received rave reviews and commissions and sold her work to the most prestigious museums in the country. Currently, although some of her works are part of the collections of the Gulbenkian Museum and of the National Museum of Contemporary Art – Chiado Museum, her name has nearly been forgotten in Portugal.

The first chapter of her memoirs, which she wrote after her return to Hamburg and were only published in the 1980s, addresses her Portuguese experiences: exhibitions, social contacts, students and their families. She mentions, with different details, her acquaintance with Diogo de Macedo, Adriano Gusmão, Maria Keil and Francisco Keil do Amaral, Albano Homem de Melo and his family, and the painters Carlos Botelho, Júlio Pomar e Lima de Freitas. She tells of how she explored the north of the country, particularly the regions of Aveiro and Minho, mentions holidats and work periods in Porto, in the Esposende area and the Douro, landscapes that also feature in her paintings. She declares herself seduced by the Portuguese language, which, according to the accounts of those who knew her, she spoke quite well, as well as by Portuguese literature (Wohlwill/Loose: 1-9).

However, as she herself wrote, she never felt at home in Portugal, despite regretting leaving behind her many friends upon returning to Germany. Among these, Ilse Losa stands out, with whom she had a profound friendship, echoing in the collaboration and even contamination of their respective works (Gretchen Wohlwill drew the girl’s head on the cover of the 1st edition of O Mundo em que Vivi (1949)).

Wohlwill’s Portuguese painting betrays the antagonistic feelings of attraction and alienation that connected her to Portugal. Her paintings are populated with Portuguese motifs and figures, but the smoky lines and the landscapes in which human figures fade or disappear (radicalizing an evolution which accompanied the growth of National Socialism in Germany) suggest an alienation towards the otherness of a people who, as Wohlwill wrote in her memoirs, seem to her incomprehensible in their apathy, in the submission of women, in their closed horizons, in the exploitation of which she is a passive victim (e.g. “Óleo das mulheres a bordar na rua”). The feeling of otherness is tinted, then, with veiled criticism: Wohwill, who wrote in her memoirs she could say nothing about Portuguese politics, only to soon after thematise the lack of freedom during Salazar’s regime, chose for some of her paintings motifs close to Portuguese neorealism (“Die Weinlese” (The grape harvest)); “Saída dos operários da Lisnave”, National Museum of Contemporary Art). Gradually, her painting incorporated a new clarity; however, still in Portugal, there are still paintings in which the light is sombre, the lines stronger and sharper, the outlines harsh (“Moinhos na pedreira da Aguieira”).

Having returned to Hamburg after twelve years in Portugal, Wohlwill lived for twelve more years, attempting to find herself once more in a culture she never stopped feeling as her own. The many paintings she created in this phase combine Matisse’s influence and techniques she favoured in the 1930s. Her critics are unanimous in noting that she never abandoned the strong colours and light of Portugal (Loose: 56).

I grew fond of the language and also of several people. The country, the climate, and Lisbon were always strange to me. (WOHLWILL/LOOSE, 1) (translated)

It is not only the people that are apathetic, the higher classes indulge in a certain apathy: “provincial” is a word that also caracterizes Lisbon. This is why I want to leave. (letter to Bargheer, 1950, apud BRUHNS, 1989: 38) (translated)

Ilse Losa is the women to whom I felt closest in Portugal. As a Jew, she shares my fate; pedagogically, politically, and artistically we share the same opinions. In her novels and novellas, she has described what I myself experienced. (WOHLWILL/LOOSE, 2) (translated)

It is not up to me to discuss the political and social situation in Portugal. Abroad people always talk about a “mild dictatorship.” Well, it certainly isn’t that mild if, for instance, a man like António Machado, an important zoologist, can’t work in civil service and if so many of his cohorts are so often thrown in jail, others disappearing forever, leaving no trace, or dying on the penal island of Tarrafal. The devastating censorship doesn’t let anything negative through and nothing about Hitler’s Germany. (WOHLWILL/LOOSE, 7) (translated)