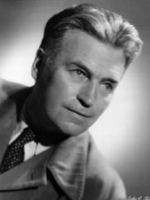 A poet, novelist, translator, biographer, editor, and the author of a vast oeuvre, Richard Aldington is primarily known, outside the United Kingdom, for having been one of the three authors of the 1912 Imagist Manifesto. The other two were Hilda Doolittle and Ezra Pound, the “inventor,” according to Aldinton, of “Imagism.” Aldington was also a subscriber of the polemic Vorticist Manifesto, which came to light in 1914 (Blast, vol. 1), having later distanced himself, however, from Vorticism. He was on the war front between 1916 and 1918 and was part of the War Poets group, alongside poets like Wilfred Owen, Robert Graves or Rupert Brooks. A born writer-traveller, Aldington would set his life’s course in accordance with the motto “Allons, en route!” (written in his autobiography, Life for Life’s Sake, 1941) – his wanderlust would lead him quite early to the Amazon, although only in the imagination. He actually visited and revisited few countries, such as Switzerland, Austria, Germany, and especially the Latin ones: Spain, Portugal, Italy, and France, where he died in 1962. A polyglot, with particular proficiency in Italian and French (he translated Candide, among other works), and speaking “a little Portuguese” (idem: 361), Aldington was thus set apart from the typical British tourist of the time, expressing a genuine interest in the countries he visited – from the artistic and cultural heritage and socio-political issues to the flora and gastronomy.

According to his autobiographical account, his “discovery” of Portugal took place in 1910, when he heard of the establishment of the Republic and the deposition of the monarchy. At the young age of eighteen, he built an idealized, poetic image of Portugal, which even inspired a poem he published in the left-wing newspaper Justice. “At that time,” he wrote in 1941, “[I] did not know, for instance, that quite half the population was made of illiterate peasants living mentally in the middle ages. Unconsciously I peopled the country with worthy and public-spirited abstractions, who had only to be freed from the tyranny (!) of Dom Manoel to enjoy an immediate utopia” (idem: 84). Aldington justified his enthusiasm with the juvenile belief in the necessary corruption of monarchies and the perfection of republics, rounding off his evocation of that episode with commentary on the possible benefits of a monarchy in a profoundly Catholic and rural country.

His real journey to Portugal took place in 1933, followed by an unknown number of subsequent stays for different occasions. The positive image he then had of the country, recorded in chapter XXI of his autobiography, is indissociable from the comparison with Spain, which at the time was living through a particularly troubled part of its history, during the lead up to the civil war. Surrendering to Spanish architecture and to a toponymy he saw as “exotic,” Aldington dwells on negative judgments on what he saw as the dictatorial penchant of its rulers, condemns the treatment of artists like Unamuno, Lorca, Machado, Azorin, and Miró, and talks of the cruelty and revengefulness of the Spanish people, concluding: “I can’t think of Spain without an ache in my heart”. (idem: 352)

It’s with these images in mind that Aldington arrived in Portugal, and it is through them that he explored the country, recalling the neighbouring Spain every step of the way: “There are places in Portugal where I could live very happily, which I never felt would be the case in Spain” (idem: 355). Only in architecture is Portugal presented as poorer than Spain – note also the lack of allusions to the living conditions of the Portuguese people. Aldington is generous in his compliments to the Portuguese and the beauty of the scenery, taking his interest so far as to provide a detailed account of a conversation with a botany professor from Coimbra. Having read Byron’s Childe Harolde, at the time the most popular tourist guide to Portugal in the United Kingdom, Aldington travelled the country from end to end, deconstructing some of the stereotypical notions about Portugal – he considers the descriptions of Sintra’s beauty exaggerated, he points out the differences between north and south, and presents the unusual image of a country which, since time immemorial, has protected the land from the sea’s destructive force, no longer a symbol of Empire, nor mythical. Next to Camões’ name comes, surprisingly, that of King Denis, also remembered as a poet.

Had Aldington had Aleister Crowley’s interest in the esoteric sciences, perhaps his autobiography (so rich in its portrayal of the vanguard artistic milieus of the early twentieth century) would have included a precious chapter for the history of European modernism: his encounter with Fernando Pessoa. In 1915, Pessoa was already in possession of two emblematically Imagist books: Aldington’s Images and F. S. Flint’s Cadences. In 1935, Adolfo Casais Monteiro suggested Pessoa enlist Aldington’s help in translating and publishing, in England, O Banqueiro Anarquista – an offer Pessoa declined. In the absence of any encounter or contact, let this divergence be noted, for history is also made up of failures to meet.

In some respects I preferred Portugal to Spain. True, it hasn’t the grandeur and the magnificient art, but the people are gentler and more friendly, while the very beautiful country has been treated far more intelligently and not rendered a treeless desert like so much of Spain. Every year by way of the Tagus the Spaniards make the Portuguese a present of their soil, which in the annual flood enriches large areas near Lisbon. This wastage could be diminished by proper attention to the problem of erosion and tree conservation, but I never heard of its even being discussed in Spain. On the other hand, in Portugal I found a very active movement towards tree planting on the mountains (to combat floods and erosion), and saw for myself something of what was being done in the area controlled by the botany professor at Coimbra. The sand dunes all along the coast are kept in check by plantations of pine, started by the mediaeval King Diniz, who had the further distinction of being a very pleasant poet. (…) This botany professor was an agreeable man, with the gentle manner characteristic of many Portuguese and was glad to find another soil-and-tree-conservation-crank. (…) At my request he showed me the university botanic garden, which was small and not very interesting. I supposed he noticed my disappointment, for he said: ‘Why do you bother to see a little garden like this when at Kew you have the finest collection in the world?’ I got out of it by saying – what is perfectly true – that we had nothing in England to compare with the superb collection of exotic trees planted by the monks at Bussaco from seeds and cuttings brought by the Portuguese explorers. I might have said that because I had read Shakespeare was no reason for neglecting Camões. As a matter of fact I was reading Camões with a university student with the great name of Magalhães (Magellan). He had one of the gentlest and sweetest natures I have ever known, and spoke his language so that it sounded really sonorous and beautiful, and not the nasal squeak Borrow said it is. He was a born teacher, buth though he taught me to read Portuguese, he didn’t succeed in teaching me to speak more than the indispensable smattering of a tourist. At various times I explored every province of Portugal by car, including the comparatively little visited Alemtajo and Algarve. (…) In general it is true to say as you go north in Portugal, the country becomes more beautiful, the people gayer and less crossed with Negro genes, and the peasant costumes brighter. The one exception is Leiria, where on Sunday women wear a beautiful mediaeval costume with a wimple, closely resembling that on the effigy of Queen Eleanor of Castile on Westminster Abbey. As they ride along on their little trotting donkeys (which are well treated in Portugal) you feel as if by some accident you had wandered into the female portion of the Canterbury pilgrimage. There are places in Portugal where I could live very happily, which I never felt would be the case in Spain. (…) Cintra is spectacular, but its reputation is exaggerated. (Life for Life’s Sake: 353-355)

—- (1941), Life for Life’s Sake. A Book of Reminiscences (Memories of a vanished England and a changing world, by one who was a bohemian, poet, soldier, novelist, and wanderer), London, Cassel.