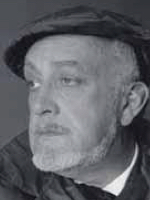 Very few Portuguese creators of the twentieth century went through such an intense experience of “displacement” as António Pedro. This “displacement” occurred not only in the family sense – he has roots in Alto Minho, as well as in Ireland and Wales – or the spatial sense – he undertook an unusual cosmopolitan tour, between Praia, Cape Verde, where he was born and to which he returned twice, and La Guardia, Viana do Castelo, Coimbra, Lisbon, Paris, São Paulo and Rio de Janeiro, London, Porto, and Moledo do Minho, where he passed away – but also in the creative domain: in little over forty years of creative activity, António Pedro was a writer (poet, novelist, dramatist, translator, journalist, theatre scholar), a visual artist (draughtsman, painter, potter, founder of galleries, exhibition organiser), and a man of the theatre (director, set designer, drama teacher, company director), having worked in a wide range of media, from newspapers and magazines to radio and television. Among the scholars of his manifold oeuvre, Fernando Matos Oliveira was perhaps the one who best captured the profound importance of his “geographical drift” (Luiz Francisco Rebello preferred to speak of “exiles”) for his multifariousness and his quick succession of enterprises, projects and even styles and ways of seeing the world that followed António Pedro’s career.

He first came into contact with the theatre, the art form to which he would dedicate the final sixteen years of his life, at the Jesuit College in La Guardia, where he completed part of his secondary education. His experiences in Africa – to which he would return three more times (Cape Verde, between 1928 and 1929, Mozambique and South Africa, in 1939) – are apparent in some of his poetry, such as Diário. Between 1933 and 1935, it was Paris’ turn – “Minha cidade enorme e sereníssima das ruas largas” [“My huge and most serene wide-streeted city”] –, where he attended classes at the Sorbonne and where he contacted with vanguard groups and some of the most important literary personalities of the time. There, he signed the Manifeste Dimensioniste, which he would later translate and publish in Portugal, and Charles Sirato’s Manifeste Planiste. It was also in Paris that, during a period of intense experimentation, he showed work at the Salon des Surindépendents, wrote and published 15 Poèmes au hazard, taking advantage of the spatial possibilities and the plastic virtualities of the dimensionist project, and moved onto the surrealism that would come to guarantee him a special participation in the foundation, literary activities, and exhibitions of the Lisbon Surrealist Group in the late 1940s. It’s while still in Paris that he wrote his first dramatic text, Théâtre: Comédie en un acte. His brief time in Brazil, in 1941, allowed him to show his pictorial work in exhibitions in Rio de Janeiro and S. Paulo, which attracted the attention of Giuseppe Ungaretti. The “exile” in London, between 1944 and 1945, is marked by his Crónicas das segundas-feiras at the BBC microphones – in the words of Adolfo Casais Monteiro, who dedicated his poem “Europa” to him, “na hora própria, a voz de todos os portugueses que não esqueceram a sua condição de europeus e de cidadãos do mundo” [“at the right time, the voice of all the Portuguese people who have not forgotten their condition of Europeans and citizens of the world”] – and also by the continuity in his ties to the surrealist milieu – like in his participation on the Surrealist Diversity exhibition – and to the theatre, collaborating in radio plays of the BBC’s London Transcription Service and having the opportunity to attend the work of great companies and great actors.

After having Lisbon as the epicentre of his diverse activity for many years, and after a brief retreat to Moledo do Minho, António Pedro found in Porto – “uma cidade de província que pertence à Europa” [“a countryside town that belongs to Europe”] – the space for one of his most important contributions to Portuguese culture, in his double role as director of a theatre company and play director. Between 1953 and 1961, at the Teatro Experimental do Porto, the creator found the possible space to attempt to put in place a radical renovation of repertories and stage practices, which he had been rehearsing, in his writings and actual experiments, since the 1930s and 40s. In the opinion of Fernando Matos Oliveira, “como encenador, António Pedro anunciou em termos definitivos a emancipação artística que caracterizará o devir do teatro experimental e independente em Portugal, logo a partir dos anos sessenta. É sobretudo neste plano que se pode falar num antes e depois do TEP” [“as a director, António Pedro announced in definitive terms the artistic emancipation which would characterize the coming into its own of experimental and independent theatre in Portugal, starting in the 1960s. It’s mostly in this setting that one can talk about a before and an after the TEP”]. In the domains of programme planning – in which is relevant the opening to the vast classical, modern and contemporary English-language repertory, from Shakespeare and Ben Johnson to Synge and Eugene O’Neill, Steinbeck and Arthur Miller -, stage design, training and directing actors, and theorization – his Pequeno Tratado da Encenação, published in 1962 is a unique opus in the history of Portuguese theatre – António Pedro strove to overcome the systemic retardation of theatre practices in Portugal, and, at the same time, unequivocally stated that “A encenação é uma arte e não pode deixar de ser um artista o encenador” [“Theatre directing is an art and the director must be an artist”].

My name is António Pedro da Costa. I was born on December 9, 1909, in the city of Praia, in Cape Verde, to European parents. My paternal grandfather was a Minho man, a shipowner and captain. My maternal grandmother was Irish-Welsh, Power Savage, the niece, I suppose, of romantic poet Savage Landor. The Galician-Minhota and Irish-Welsh half of my blood made me like bagpipes, percussion instruments and the conquest of the impossible. Like my Celtic ancestors, I would fire arrows into the sun, if I could. My family, however, is composed of bourgeois people of good standing. None of them were encouraging or even favourable towards my artistic and literary activities, which were always considered, and rightly so, ominous. “Il faut décourager les artistes”. In my struggle against the ideas, tastes and lifestyle of my family, an irresistible vocation was tempered, which, if it weren’t so, would not have persisted in manifesting itself. I don’t believe an artist could be given a better education. (translated from Teatro Completo: 301; from an “autobiographical” letter sent to Dr Lopes de Oliveira, at his request, dated October 10, 1955)