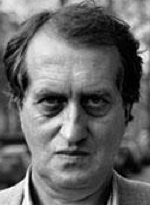 Gerrit Komrij has lived in Portugal since 1984, and remains one of the great figures of contemporary Dutch literature. After studying Comparative Literature in Amsterdam, he quickly became well-known as a poet, critic, and columnist, thanks to a unique style, a humour both caustic and hilarious, a controversialist irreverence towards all and sundry, and his adopted position as outsider and dissonant voice in the choir of Dutch artists and intellectuals. His cheerful campaigns against fixed reputations in literature, architecture, politics and television remain, decades later, monuments of originality, freshness, beauty, humour and, above all, of a colossal observational and analytical sharpness regarding the latest trends in art and the so-called good sense du jour. As a critic, essayist and columnist, he was, and is, feared. Despite his many admirers, it was only in 1993 that he won Holland’s foremost literary award (the P. C. Hooft award), later becoming known to wider audiences beginning in 2000, when he became the first Dutch Poet Laureate.

Before this wide recognition, he had made waves as a surprising novelist, playwright, translator of Shakespeare’s complete theatre works, and with the herculean endeavour of anthologizing Dutch poetry from the 12th to the 20th century in three volumes of over one thousand poems each, based on a rereading of all the accessible poetry in the country’s libraries. He also published a large anthology of Afrikaans poetry, after similar research in South African libraries, as well as an anthology of Dutch children’s literature.

Between 1984 and 1988, Komrij lived in Alvites, Trás-os-Montes, which inspired his first novel, Over de bergen (Over the Mountains, 1990). He has lived since 1988 in Vila Pouca da Beira, which he portrayed in Vila Pouca, Portugese verhalen (Vila Pouca, Portuguese stories, 2009). A collection of his crónicas about Portugal was published as Een zakenlunch in Sintra (A Business Lunch in Sintra, 1996).

As a poet, Komrij participated in several Portuguese poetry festivals (among others, in Lisbon and Porto Santo), as well as in countless festivals in the Netherlands, Belgium and other countries. For the Portuguese public, he organised an anthology of Dutch poetry (Uma Migalha na Saia do Universo, Assírio & Alvim, 1997). He also wrote the text of the photograph album Alfama – Lisboa (Antwerp: Pandora, 1998 – photographs by Hans Roels and Serge Vermeir). For Porto 2001/Rotterdam 2001 European Capitals of Culture, he authored the libretto of the opera Melodias Estranhas, about the friendship of Erasmus and Damião de Góis, with music by António Chagas Rosa. In 2005, an anthology of his poetry was published in Portuguese, titled Contrabando.

I am in love with Portugal, but not blindly so.
(“Fachada”, in Um Almoço de Negócios em Sintra) (translated)