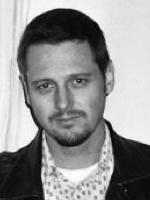 Urs Richle was born in Wattwill, in the Toggenburg region, which was the backdrop of his early novels, starting in 1992. He lived for some years in Berlin and has lived in Geneva since 1993, working as an engineer in the city’s University, as part of the “DualT – Leading House: Technologies for Vocational Training” project. Geneva appears in his three latest novels, namely Fado Fantastico (2001), which narrates the misfortunes of a 54-year-old Lisbon emigrant, Francisco Fantastico, who has lived in Geneva for several years, although illegally. He is a lonely man, who frequently listens to a fado tape and drinks beer. His Geneva is very limited: his workplace, his house, the café, almost as if the city was nothing more than small micro-spaces. He only has one friend, his co-worker Jean, who incidentally is the person who tells the story to the narrator, one of Francisco’s neighbours. Francisco’s son brings his father back, but the Lisbon he comes across, fourteen years later, is nothing like his image of the city he knew at the time of the Carnation Revolution. The family he finds is also strange. He fled without leaving a trace, something must have happened to justify this action. On the other hand, this space makes him confront his own past, which he, apparently, wants to escape. He returns to Switzerland, his son António attempts to bring him back again. At his workplace, António accidentally kills his new boss, his former boss’ son, who had recently arrived from the USA. The gun belonged to Francisco, who took the blame and turned himself in. The narrator is in Lisbon looking for António, but he, probably afraid the narrator might be part of the police, denies ever being in Switzerland, denies knowing Jean.

This novel crystallises several themes, such as the poor living conditions of illegal workers, victims of abuse from some employers; and the xenophobia of some of the city’s denizens. It is a novel about the father-son relationship, set in the social contexts of Geneva and Lisbon. It is a novel of borders, political and personal, always being crossed, and leaving their mark on those who cross it.

We didn’t make things complicated: we stayed at the first hotel we found, at Figueira Square: musty blankets, a somewhat dull mirror, a little window overlooking an inside courtyard, the noise from the air conditioning. We left our things and set off immediately. Finding the shop wasn’t hard. Diário de Notícias Street is a central street in the Bairro Alto. It was early afternoon, the shop was still closed. Heat emanated from every crack, weighted down heads, drew sweat from every pore. We strolled down the street, walking past shops and cafés, the blinding light, which almost seared the eyes, the dazzling façades. Some people, few, glided over the sidewalk stones and vanished into stairwells, basements and inner courtyards. When I returned, the shop had opened and I saw António at the counter […] We ordered white Port and olives, glanced at the menu without understanding anything. Slowly, the restaurant filled up […] In the centre of the dining room, the musicians prepared to accompany the fado. Two singers sat on the table next to them. I stood up and went to António. He was alone, drinking a glass of beer and watching the arrangements for the concert. […] From the viewpoint, which António had described to me, you could see the whole Tagus. The city sprawled on the hill ahead of us; behind us was the São Jorge castle. He arrived on time, he came alone. We leaned on the railing and for a while silently contemplated the city. (2001: 180-181; 183; 185) (translated)