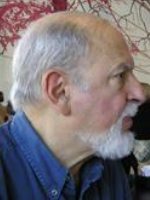 Manuel Poppe Lopes Cardoso spent part of his childhood and adolescence in Guarda, a city to which he is still connected by strong ties and a “memory of affection.” Health reasons led him to Guarda in 1950, where he was treated for pulmonary tuberculosis, and where he completed elementary school and enrolled at the lyceum. In 1969, he moved to São João do Estoril. He was a permanent collaborator of the now defunct Diário Popular newspaper, where he coordinated, alongside journalist Jacinto Baptista, the cultural section “5ª feira à tarde.” He founded, with other authors, the magazine O Tempo e o Modo. Between 1972 and 1974 he produced the RTP programme O Livro à procura do leitor. He has been a columnist at Jornal de Notícias for thirty years.

On January 9, 1975, he was appointed Cultural Adviser to the Portuguese embassy in Rome. This was the date he set off on his “pilgrimage” across the world: he visited four countries and three continents. His first stay in Rome, for fifteen years, left a deep imprint on Poppe, mostly because he was “deixar Portugal ainda ferido de quase cinquenta anos de obscurantismo e chegar a Itália” (“leaving Portugal still wounded from almost fifty years of obscurantism and arriving in Italy”), which had a different political climate. He described his time in Italy as a “miscelânea, soma de sensações, de leituras e de encontros” [“miscellanea, an accretion of sensations, readings and encounters”]. Besides earning the academic title of “Dottore in Lingue e Letterature Straniere” from the “La Sapienza” University, with a thesis on Régio, he wrote Crónicas Italianas (1984), published with support from the Italian Institute of Culture in Portugal.  During his stay, he met important figures, both for culture and for politics, among which are worthy of note the socialist De Martino and the communists Berlinguer and Giancarlo Pajetta, the Christian democrat Enzo Scotti, writers like Giorgio Bassani, Moravia and Claudio Magris, with whom he kept close relationships, and actresses like Ingrid Thulin. The Order of Merit was bestowed upon Poppe by former Italian president Sandro Pertini and he was also awarded the Gold Medal of Florence and Venice.

From Italy, he moved to São Tomé, where he stayed for five years. Later, he was appointed to a diplomatic mission to Tel Aviv, which gave him wide knowledge of Middle Eastern affairs and Israeli culture. He wrote several articles for Jornal de Notícias on Israeli culture and writers like Nathan Zach, Amos Oz, and Aron Appelfeld, among others. While in Israel, he won, in 1995, the Portuguese Writers’ Association grand prize for crónica writing. During his five-year-long stay in Israel, besides publishing short stories in prestigious literary magazines, such as Moznaim, Iton 77 and Mitan, he wrote the novella A Mulher Nua (1997) and the novel Sombras em Telavive (2001), whose Hebrew translation book launch was attended by Israeli writers like Nathan Zach and Amir Aharon.

Poppe emphasises, in various interviews, the importance of movement in his writing, that is, the result of experiences he lived through in foreign spaces, but mostly foregrounding the contact with the people of the places he’s passed through. For instance, Shiri, the young woman in Sombras em Telavive, was actually a girl he knew who worked in a Tel Aviv café. In Israel, he also wrote Memórias, José Régio e outros escritores (2001) and A tragédia de Manuel Laranjeira (2002). After his diplomatic mission to the Middle East, he moved on to the Maghreb, more specifically to Morocco, as cultural adviser to the Portuguese Embassy in Rabat, where he stayed for two years. During this short time he wrote Um Inverno em Marraquexe (2004), in which, once more, the female character is foregrounded. In this novel, he portrays a young Moroccan Berber woman who wanted to be free, to take charge of herself and her choices, for good and for bad.

Once, at dinner at my house, in Rabat, someone asked me what country I would miss the most. I answered: ‘I don’t know. I will miss them all.’ I was being honest: it’s true. If the journey depends of the traveller, on the way he takes it on and surrenders to it, the traveller is also the result of the journey. I think I would be a different person and my books and civil attitude would be different, if I hadn’t trod the path I trod. (2008)