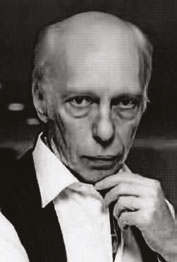 An example of the Portuguese university diaspora, at least between the 1970s and 2004, when he retired from teaching Portuguese and Brazilian Studies at King’s College, in London, Helder Macedo started by following some of the paths characteristic of the old colonial empires. The son of an administrator of the Portuguese colonies, he was born in South Africa when his father was there on pro-diplomatic duties, and lived in Mozambique until 1948, when he moved to the metropolis, where he attended the University of Lisbon School of Law between 1955 and 1959. As an objector to the regime, he was censored, persecuted, and imprisoned, and eventually exiled himself in London, in 1960, where, some years later, he would complete his doctorate in Letters. His university life led him to Harvard, to the École des Hautes Études de Sciences Sociales in France, and the University of São Paulo in Brasil, as well as many other places all over the world to which he was invited or where he participated in conferences.

Although, in his youth, he dedicated himself to fiction, which was not only censored, but also deliberately abandoned, it was as a poet that Helder Macedo debuted in 1957, with a book titled Vesperal, having also co-organised the literary magazines Folhas de Poesia (1957-59), Graal (1956-1957) and Hidra (1966).

Much later, in the 1990s, already a “poeta em anos de prosa” [“poet in prose years”] (Macedo, 1991: 10), the narrative side of his work, concurrently with his essays, established itself in the Portuguese literary scene, with the triangle of Africa, London and Portugal providing a geographic framework for his fictional universe. Partes de África (1991), his first novel, unsettled some of the reading habits in Portugal through an openly “oblíquo e dissimulado” [“oblique and dissimulated”] (Macedo, 1991: 29) style, which, by placing in the text the character of the author as a “condutor biograficamente qualificado das suas factuais ficções” [“biographically qualified conductor of its factual fictions”]  (idem: 150), made use of an entangled strategy of autofiction, at the time uncommon in Portugal, which would reoccur in his following publications, taking a baffling game between the textual author and the empiric one to its limits, such as those between truth and verisimilitude or pretence. But Partes de África didn’t stand out only for being a heteroclite work, with its discursive mosaic, its various intertextual and metafictional misdirections; its real and/or fictionalised memories reconstructed an interesting fresco of Portuguese colonial Africa, which was only then beginning to be revisited by literature.

Helder Macedo’s following novels accentuated his mobility of perspective regarding Portugal, focusing on characters who were themselves divided between spaces like, once again, Africa and Europe (Pedro e Paula), or London and Lisbon (Vícios e Virtudes, Sem Nome). These narrative tableaux, certainly fuelled by the author’s life outside Portugal (except for the period between 1975 and 1980, which saw him in Maria de Lourdes Pintassilgo’s short-lived government as Secretary of State for Culture), allowed him to develop in his writing a marked strand of humour, irony, and even sarcasm, focusing on certain aspects of the Portuguese reality, especially on a certain complacency around the crystallizations of national identity, about which he vented through his narrator (as a fictional author), replying to an internal contestant of his, Francisco de Sá, also a character-writer (in Vícios e Virtudes): “O tanas. O tanas a identidade nacional, não há tal coisa. Há pessoas e circunstâncias. Mudam umas, mudam as outras, muda a identidade nacional. E se muda já não é a mesma, deixa de ser o que era, de modo que não há.” (idem:27) [“To hell with it. To hell with national identity, there’s no such thing. There are people and circumstances. Change one, change the other, the national identity changes. And if it changes, it’s no longer the same, no longer what it was, so it doesn’t exist”].

Nevertheless, as he had earlier admitted through the voice of the narrator-author, and using undisguisable self-irony, when passed through Lisbon he couldn’t escape that “estado permanente de sobrevivência precária” [“permanent state of precarious survival”] (José Gil), so that – he admitted – “faço sempre o que posso pela identidade nacional” [“I always do what I can for national identity”] (idem:15). Otherwise, and even if by way of deconstruction and ambiguity, it’s still around national identity that his self-proclaimed “fantasmagorias da História” [“phantasmagorias of History”] revolve, which act as forms of active reflexion, also (and mainly) about more recent historical contexts. We can, then, consider his narrative work as one of the cases of political fiction that is as parodical as it is serious, with its attending civic intervention, in the context of contemporary Portuguese literature. His penultimate novel Sem Nome (2005) stands out as an example of this, as it questions, with exceptional and engaged sharpness, what could be the author’s “saudável [ou alheada] distância de Londres” [“healthy [or oblivious] distance from London”], as its exiled character’s (José Viana’s), pointing out or denouncing some events that were nearly simultaneous to the writing and publishing of the book, such as the controversy around the unification of the Portuguese language and the orthographic agreement (idem: 56), the alleged Islamic terrorism, the Casa Pia child sexual abuse scandal, the “light literature” or “roman rose” phenomenon in Portugal (91), or the untold stories of the political parties’ backstages (especially the PCP) and of the world of contemporary Portuguese journalism. In an autobiographical text, published in October 2004 in the JL, and which would later be quoted on the back cover of the novel, Helder Macedo revealed that he had started writing Sem Nome over a year earlier, but that he suddenly realised it was happening in July of 2004 (note that this time coincided with the death of Maria de Lourdes Pintassilgo, to whose memory the novel was cryptically dedicated): “É a coisa mais zangadamente política que alguma vez escrevi. […] Oxalá que entretanto se torne num romance histórico” [“It’s the most angrily political thing I have ever written. […] I hope it becomes a historical novel in the meantime”], noted the author (loc.cit.). And he did so like one who knows – and wants it to be so – that to consider the contemporary is a way of forcing an alternative world, which is to say, one that rises to the possibilities literature offers.

I’ve been in Lisbon frequently in recent times. I always stay in the same room at the Tivoli, a downtown view, the river in the distance, the castle on a hill a little to the left, another, closer hill to the right, the encased houses. The city looks painted in white at first light. Or a white canvas with its drawings still only outlined, streets, trees, hills, houses, castle, river, the other still in a death blurred with the sky, the first people traced below on the Avenue, sparse bodies. Then, the colours begin to emerge from within the canvas. It’s worthwhile to awake at dawn to see a painting happen like that, from the inside out. When I lived in Lisbon, before London and the exiles that became another way of seeing things, I was very young, I didn’t have to wake to witness this, I needed only extend the night into dawn. (Vícios e Virtudes, p. 11; translated)

What happened was that because there was no lyceum in Guinea (and even later it would only be authorized up to year 5), I had had to stay in Portugal. Where and how were discussed at length, with everyone inside and outside the family entitled to an opinion except myself; I, who only thought I didn’t deserve either of the two most favoured exiles: the Rouge or the Noir, the Colégio Militar (my grandfather’s homage) or the Santo Tirso Jesuits (my uncle Pedro’s revenge). There was also talk of me living with an old cohort of grandfather’s, who had been a Mozambique representative in the National Assembly, and the experiment was undertaken while my parents and brother remained in Moncorvo, and I returned to Lisbon for school. The house was beautiful, one of the most beautiful on Defensores de Chaves, which at the time was one of the most beautiful avenues in Lisbon, which was one of the most beautiful cities in Europe. (Partes de África, p. 44; translated)

Bissau was a nostalgic and anxious small village, which exuded the spongy pantheism of a slow dissolution. The moisture of bodies extended them in the air’s, birds fell on balconies, throbbing, open-beaked, next to dogs made mushy by the heat, like rugs, stomach on the tile and paws to the side, occasionally opening a glassy insect eye and immediately giving up, in a sparse and yawning growl. (idem, p. 48; translated)

But there was also something paradoxical in the way they felt universalizing but knew themselves to be peripheral. They knew London theatre better than Londoners, they didn’t keep up with the Parisian literary news any less than the Left Bank intellectuals, every year they went to Europe for a month to culture themselves, they talked directly to the world even if the world didn’t know it and, in any case, rejecting the mediation of Lisbon, the provincial metropolis they considered themselves doubtlessly superior to, even when they resented not being a part of it. (Pedro e Paula, p. 97; translated)

I know a guy here in London who was in Rio de Janeiro when 9/11 happened. He tells this story himself, mocking his own narcissism. He’s Portuguese, a professor at King’s College, where I met him. But also a writer. He’d gone to Brazil for a book launch and gave several interviews. A friend called him in the morning, telling him to turn on the TV quickly. It was an uncommon rainy day, he was still in bed. He sprung up, still drowsy, and turned it on immediately, joyfully. It took him a few minutes to understand that those airplanes crashing into towers weren’t a creative introduction to a programme about him. Narcissism is a laughable thing, but it’s for the best. (Sem Nome, pp. 124-125; translated)